Beat The Drum – The Runrig Experience

Beat The Drum – The Runrig Experience 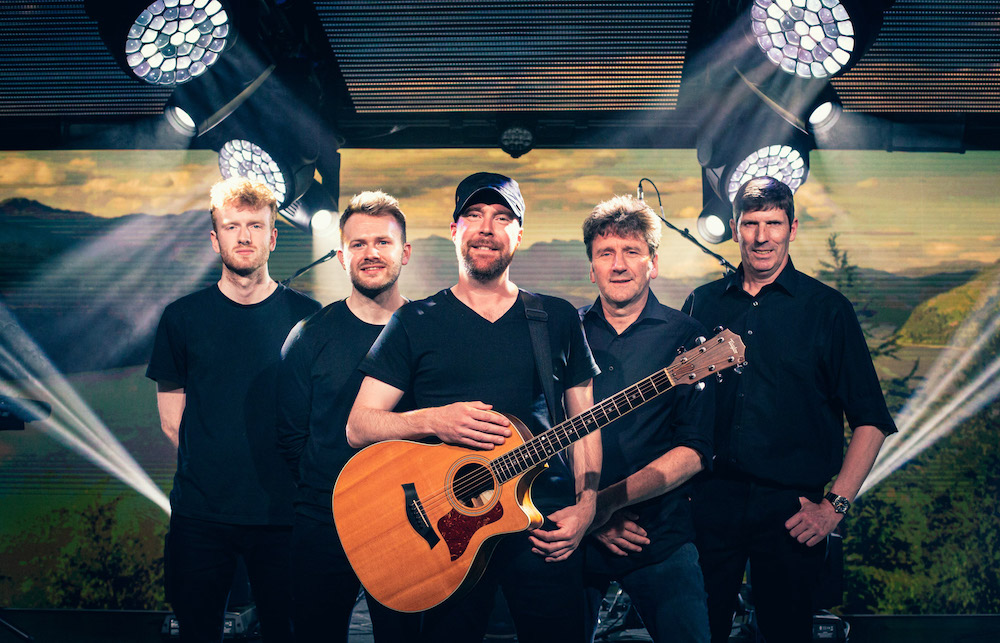 *Beat the Drum – The Runrig Experience *

Beat The Drum is a professional tribute band, playing homage to the Scottish Celtic Rock band ‘Runrig’. It’s time to ‘Dance Again’ and relive countless Runrig Anthems including Loch Lomond, Rocket To The Moon, Every River, Greatest Flame, Hearts of Olden Glory and more as part of the brand new ‘Runrig Experience’.

RunRig were where one of Scotland’s most successful Bands, specially beside Scotland they had a true following in Denmark and Germany with serval number One Hits and Albums in the Charts. Original RunRig Scottish Celtic rock band was formed on the Isle of Skye in 1973. The band released fourteen studio albums, with a number of their songs sung in Scottish Gaelic.

Runrig’s music is often described as a blend of folk and rock music, with the band’s lyrics often focusing upon locations, history, politics, and people that are unique to Scotland.

In 2016, the band announced that it would retire from studio recording after the release of its 14th studio album, The Story and announced their final tour The Final Mile in 2017. In August 2018, Runrig performed the final shows of their farewell tour, entitled The Last Dance, in Stirling City Park with an estimated 52,000 fans attended.

Richie Muir, an Edinburgh singer/guitarist based in Nottingham but most importantly of all, a huge, lifelong Runrig fan came up the idea to keep this fantastic music alive and started to form RunRig Experience, a band to celebrate the music of RunRig.

“From the start, we didn’t want to be a ‘look-a-like’ type tribute band. We wanted the show to be a celebration of the RunRig’s music. Yes, we wanted it to sound authentic and to represent what RunRig was about, but this isn’t about replacing the void left by them. It’s about celebrating their music and their incredible contribution to the music industry, Scotland as a whole and the tiny, significant moments in the lives of their fans. We wanted to create a show where people could come along, enjoy themselves, sing, dance, celebrate and remember and I think we’ve really done that”

Du kan til enhver tid slette cookies fra din computer. Hvordan dette gøres, afhænger af din browser. Læs mere
Necessary Altid aktiveret
Necessary cookies are absolutely essential for the website to function properly. These cookies ensure basic functionalities and security features of the website, anonymously.
Functional
Functional cookies help to perform certain functionalities like sharing the content of the website on social media platforms, collect feedbacks, and other third-party features.
Performance
Performance cookies are used to understand and analyze the key performance indexes of the website which helps in delivering a better user experience for the visitors.
Analytics
Analytical cookies are used to understand how visitors interact with the website. These cookies help provide information on metrics the number of visitors, bounce rate, traffic source, etc.
Advertisement
Advertisement cookies are used to provide visitors with relevant ads and marketing campaigns. These cookies track visitors across websites and collect information to provide customized ads.
Others
Other uncategorized cookies are those that are being analyzed and have not been classified into a category as yet.
GEM & ACCEPTÈR
Translate with Google »